BBurago specialises in inexpensive diecast models. And often they do so by cutting corners on the design proportions and elements. Case in point is this particular 1:18 Lamborghini Diablo. I got this 1:18 scale Diablo amidst great excitement and it started to bug me. Something about the car isn't right. The window is narrow, front fender too thick from upward of the front wheelarch. Even the rear spoiler is too high. And then I mostly hate red on supercars. So I got to rectifying some of that. The car's been lowered slightly, added a custom hood and a lower spoiler. There'a splitter up front with a couple of holes to direct airflow in and through the hood for that much needed miniature downforce.

On the inside all the silly chrome bits have been painted matte black. Don't know wht bburgao loves chroming so much because these cars never had any. I got rid of a ridiculous grab rail for the passenger side like in those old pickup trucks. Sure you need to hold on in these cars but not like that. Admitedly they fixed it with the later editions of the DIablo. The blue is inspired a bit form some of the SV models but this is a much lighter shade. Also, I just prefer blue. I tied it all up witt a number plate decal from a 1:24 Porsche kit. Don't really know what that plate denotes. Hopefully it doesn't say 2.4 litre air cooled sports car.

This model also came with springs in the door that hold it up but whoever had it before removed it because the latches never hold. THe door would always prop it self up just a fraction making it look like an ill-fitting undersized jacket on a well-rounded belly. This causes the doors to pop up. I increased the door latch length so that it catches properly and added a groove so the doors sit flush. Now the springs are back on and the door pops up with the press of the button. Pretty neat.

Future updates will include a revised dashboard with proper guages and a better set of seatbelts. Or maybe not.

Below you'll find the motherload of all the pics that highlight the build process. It's the first large scale diecast custom I've done. One thing for sure, it's easier to work on larger cars. 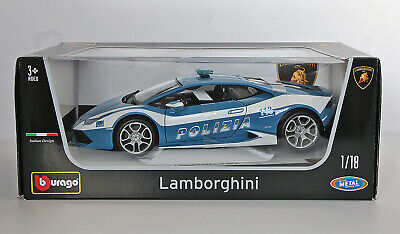 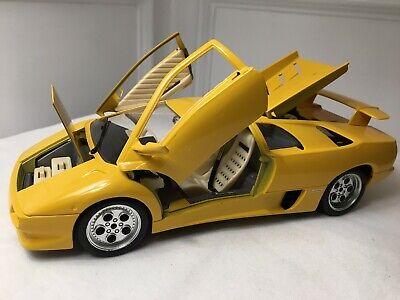 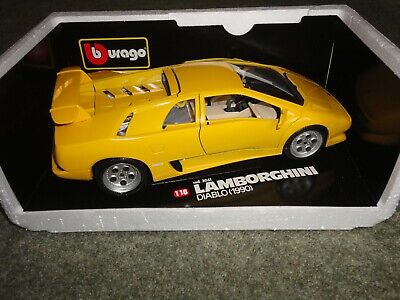 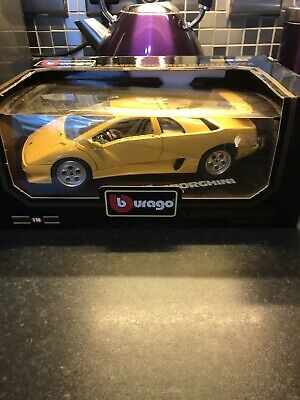