The popularity of old-school hobbies skyrocketed in quarantine, boosting this stock 25% Thursday 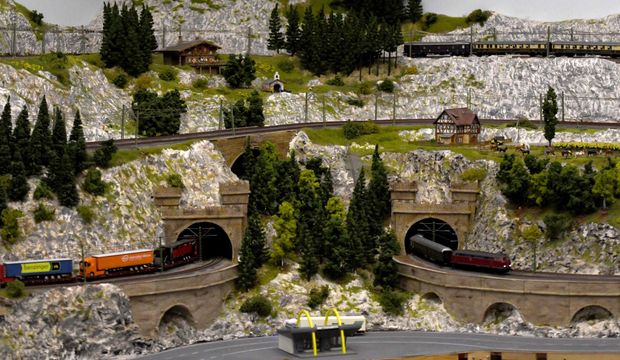 Shares in Hornby, a small cap British toy company that can trace its roots back to 1901 in Liverpool, surged more than 25% after half-year earnings revealed how the popularity of modeling hobbies skyrocketed during the brunt of the coronavirus pandemic.

Hornby HRN, +7.40% reported that revenue in the six months to the end of September increased 33% from the year prior, to £21 million ($27 million). The company, whose founder also invented Meccano, makes Hornby trains, Corgi die-cast cars, and Scalextric slot racers, among other model car, train, and plane hobby kits and accessories.

It is a bright spot for a company that has weathered a decade of problems. Shares in Hornby are trading at just 16% of the stock’s all-time highs in 2007.

The toy maker is listed on the FTSE Alternative Investment Market and has a market capitalization of just over $73 million.

Hornby has faced serious financial difficulties over the past decade, including being reliant on a small number of unreliable suppliers in China that have caused large delays.

The company issued three profit warnings in five months in late 2015 and early 2016, and has posted losses year after year, including a £2.8 million operating loss for the year ending March 31.

Private equity group Phoenix Asset Management, which also owns part of low-cost British carrier easyJet EZJ, -1.77%, took a 75% stake in Hornby in 2017 with a plan to rescue the company.

Hornby appointed a new chief executive, Lyndon Davies, who called the state of the company “chaos” and cleared out much of management.

The positive sales in the last half year brought Hornby’s net cash position to £4 million, after the company reported net debt of £8.4 million in 2019.

The boost from sales in the period with the harshest global coronavirus lockdowns may have pushed the company into the black. Operating profit in the six months to the end of September was £163,000, up from a £2.5 million loss in the same period in 2019, and a £2.8 million loss in 2018.

“Hornby has moved into profitability, the growing sales and margins built on the back of the introduction of some fantastic new products, new technology and the changing environment,” said Davies.

At $10,996, Is This 2011 Nissan Murano CrossCabriolet The Convertible Crossover You Never Knew You Needed?

COMPARISON: The Tesla Model 3 beats Volvo's Polestar 2 EV on paper, but here's why the Polestar won me over

What’s next for the automotive industry in 2021?

This Is The Best Classic Car To Restore

American dealers are begging Nissan for a modern-day Xterra