From the archives: To win the 1969 NASCAR championship, Ford turned to legendary tuners Holman & Moody to develop a most unlikely coupe into a race winner. They called it Talladega, and they're a rare sight Down Under

The fog is so thick at Eastern Creek when we arrive for our early morning shoot of Mick Donaher’s Ford Talladega that we almost miss the turn-off to the track. Crawling through the white-out, I know the pits are somewhere ahead but exactly where I’m not sure.

Then, out of the mist like a naval destroyer through a smoke screen, the rear-end of the Talladega appears and my first thought is, "Christ, it’s big!" My second impression is it looks like a stretched, steroid-fed ’67 Mustang; Pony Car DNA is written all over Donaher’s Detroit monster. 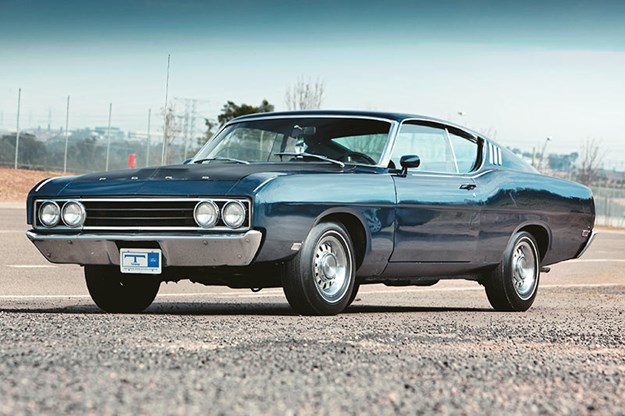 Talladega already had a slippery fastback shape that Holman & Moody honed in the wind tunnel, but puny 7x14-inch 12-slotters are dwarfed by the 5.16m long coupe. This one is possible the only example in Australia, and is very original

Unique Cars readers will already be familiar with the basic story behind Donaher’s Ford (issue #302). In short, he found the car in the US and because of its rarity decided it would be good stock for his Sydney US Muscle Cars business. But when he delved deeper into the Talladega’s unique place in US motoring and racing history he couldn’t bear to part with the car.

The Ford Torino Talladega – to give it its full name – was a low-volume NASCAR homologation special and only 754 were built to comply with NASCAR regulations.

Ford had won the 1968 NASCAR championship but needed a new car for ’69 to head off the threat from the potent new Dodge Charger 500, and the Torino was it. 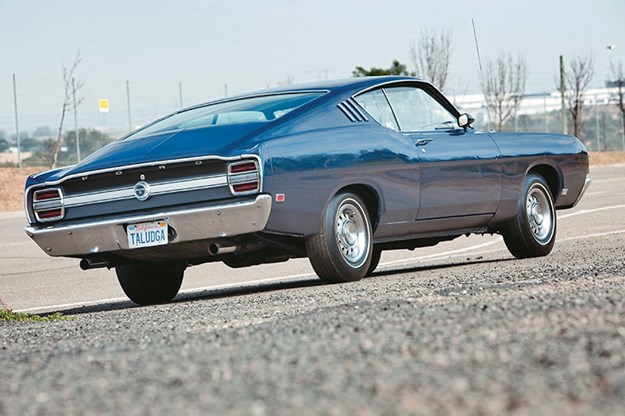 It’s not hard to see the resemblance with the Mustang, of which it shared a few parts

As history shows, the Talladega racer was hugely successful in 1969. David ‘Silver Fox’ Pearson, whose tally of poles and wins is only eclipsed by Richard ‘The King’ Petty, won his third NASCAR title in a Talladega in ‘69. Petty, who had been lured away from Dodge for the ’69 season, scored his 100th win in a Talladega before going back to Dodge and Leroy Yarborough won the Daytona 500 in the big Ford.

The Talladega pretty much sparked NASCAR’s aero wars of the late-‘60s and early-‘70s. With a blank cheque from Ford in the bank, respected constructors Holman & Moody set about creating a Charger beater out of the Torino, which already had a slippery fastback shape. 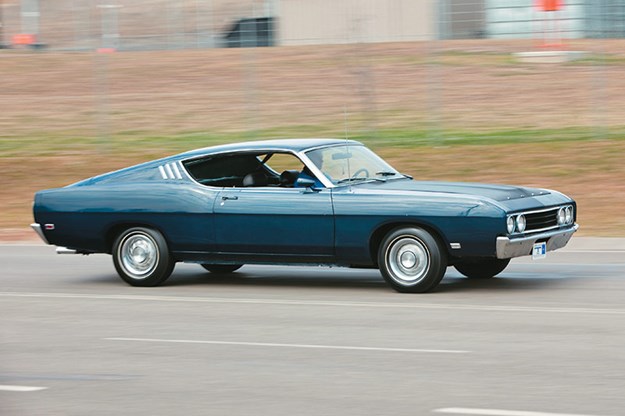 Aerodynamics was a new-fangled science in racing at this time and H&M used a wind tunnel to hone modifications to the Torino body. Even in the late-‘60s, NASCARs were lapping at 200mph and the more aerodynamic the car’s shape, the faster and more fuel efficient it was.

H&M came up with a more aerodynamic nose by shortening the front guards then extending the nose by 20cm. The grille was flush-mounted and sealed for better airflow and the smaller rear bumper bar – narrowed in three places – was flush-mounted at the front so it was out of the air stream. 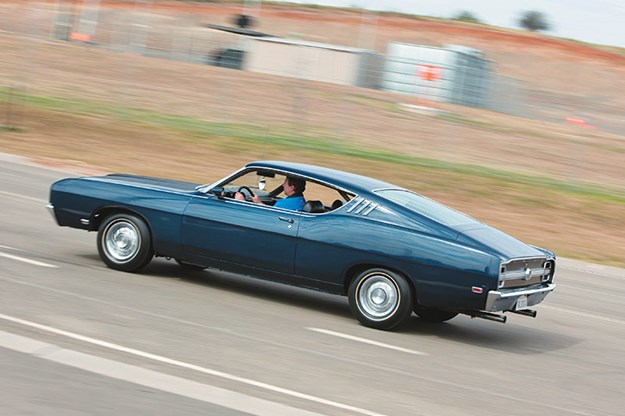 H&M also rolled the sill panels under, enabling the car to be lowered an extra 3.8cm, as NASCAR measured ground clearance from the sills down. This also reduced drag. On the road car, even the radio aerial is aerodynamic, with a wing-shaped profile!

In order to be bulletproof, the Talladega, named after the just completed 2.66-mile Talladega Superspeedway in Alabama, got Ford’s toughest running gear. It was originally slated to get the big-block 427 engine but the ‘suits’ in Ford marketing decided it should go to the mega-successful Mustang instead, so the Talladega’s enormous engine bay was fitted with the 428ci Cobra Jet Ram Air V8. 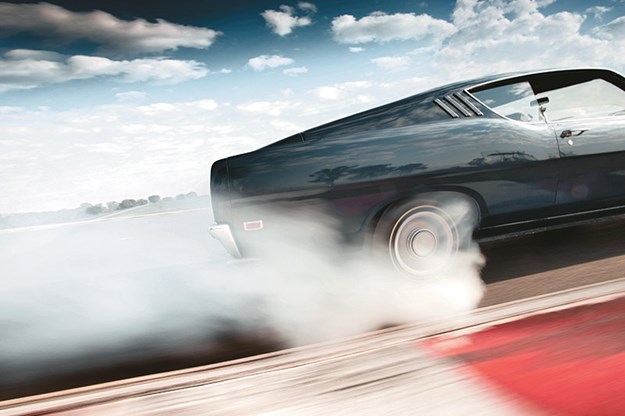 With no LSD and bags of torque, the Talladega tortures cross-plies like the Spanish Inquisition did heretics

To counter the 428’s huge torque and keep the rear tyres planted, the car got a Boss Mustang-type rear-end with staggered shock absorbers (one ahead of the axle, one behind), nine-inch nodular iron diff with a 3.25:1 ratio and 31-spline axles, uprated springs, bigger sway bars and a heavy-duty three-speed C6 auto.

It was also the only factory auto Ford at the time fitted with the Drag Pack engine oil cooler option. But as far as creature comforts, the Talladega was a bare bones car, as Donaher, who has raced touring cars and now punts a quick ’69 Camaro, points out. 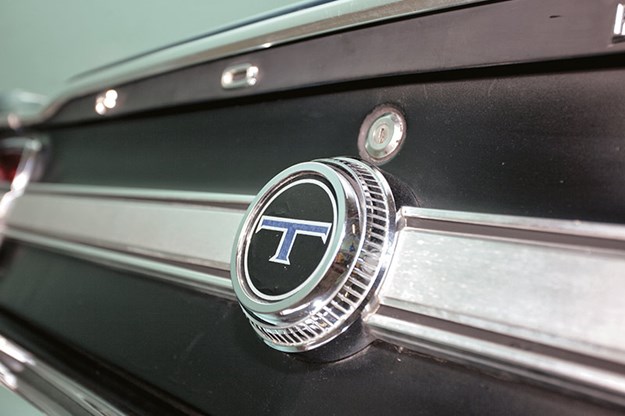 "This car was built for a purpose, to win the NASCAR championship," he says, adding that you either love or hate its looks. "Ford called them Torinos in the day but in reality they were a two-door Cobra Jet Fairlane 500. If you look in the glovebox, the tyre placard says Fairlane 500. It got all the Ford muscle car bits but it wasn’t featured with a centre console and T-bar shifter and all the niceties inside and that’s what attracted me; it’s a rare but somehow forgotten muscle car.

"The US Fairlane was a base model, it had a column shift and bench seat, it wasn’t the upmarket model we got here. The Torino was Ford’s upmarket ’69 car and Ford called them Torino Talladegas on the track. As a racer, I love the ‘60s and ‘70s era and I’ve driven Mustangs and Camaros race cars and this was just a left-of-centre race car." 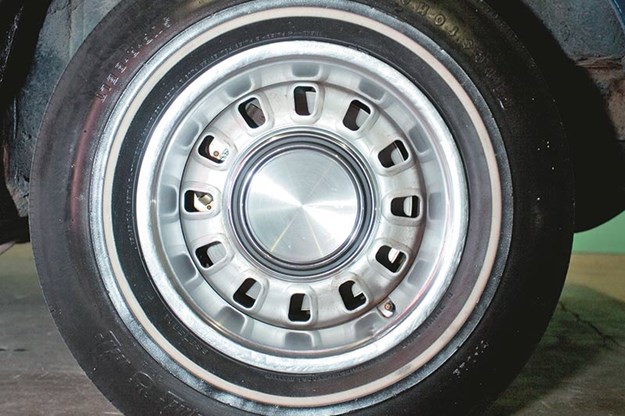 The things that made the Talladega an all-performance, no-fuss special extended to the dealer order form, which was simplicity itself.

"When you ordered one, you had one option box to tick: radio or not," Donaher says. "Every other Talladega was the same and you could only order red, white or blue, although Ford actually made a yellow one for company president ‘Bunkie’ Knudsen with a console, bucket seats and air-conditioning."

Donaher’s Presidential Blue version is extra special, as it’s the rarest colour. Only 199 were made and only 46 are known to still exist. Donaher’s car has even been on loan to the Petersen Museum in LA. 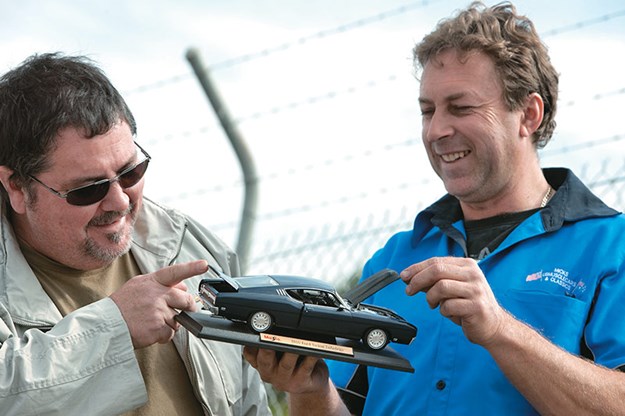 Originally, buying the Talladega was a straight business decision and Donaher was going to on-sell it in the US.

"What I do for a living is bring in cars and I’m always on the look out for something there may be a market for. I’ve owned the car for a couple of years now and it was in the US for 12 months while I decided what to do with it. I saw it for the first time in November last year at my mate’s in Arizona and when he opened the garage door my words were, ‘Wow, this is coming home with me’. When I saw it in the metal I felt an instant attachment."

But initial driving impressions of the then 39-year-old car weren’t favourable, as Donaher recalls. 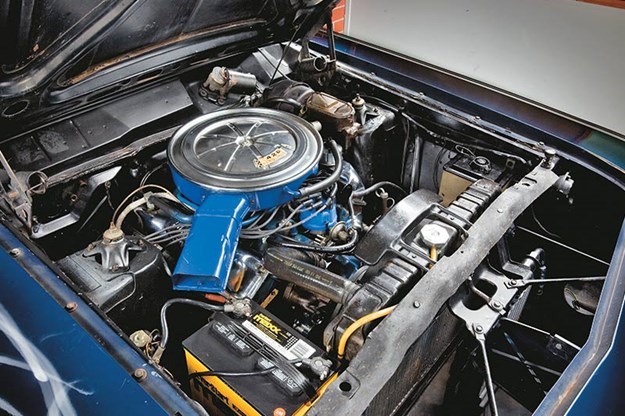 "It had been sitting in my mate’s garage for a while and he said it wasn’t running very well. It had a blocked fuel system and so I fixed it and it ran alright but I wasn’t impressed; I thought the motor was a bit tired but I was still intending to take it home, tidy it up and sell it."

Things weren’t any better when it lobbed Down Under. "It had an oil leak and the brakes were terrible so I just rolled it into the garage and left it," he says, adding it has done just 74,000 miles. 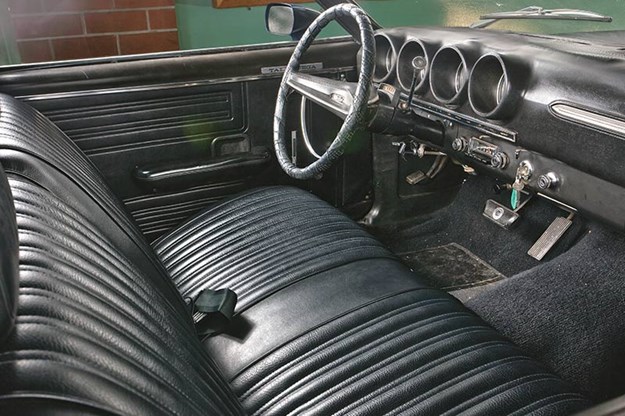 Typical stark muscle car interior; only option was a radio!

Donaher was now really warming to the car and decided to find out more about its history. The car came with a lot of original paperwork, including a 1969 bill of sale for $3078.74, and details of its second owner, so he Googled his name and tracked him down in Lubbock, Texas. By now an old man, Ken Lorenzon was amazed to get a call from Australia.

"I said, ‘Mate, you don’t know me but I’m standing next to a 1969 Presidential Blue Ford Talladega’," Donaher grins. "I could hear him talking to someone in the background (puts on bad American accent), ‘Would you believe I’m talkin’ to a guy in Australia who’s got my Talladega!’ He started telling me the whole story. He had the car from 1972 ’til 1987 and he’d driven across the country five or six times in it. 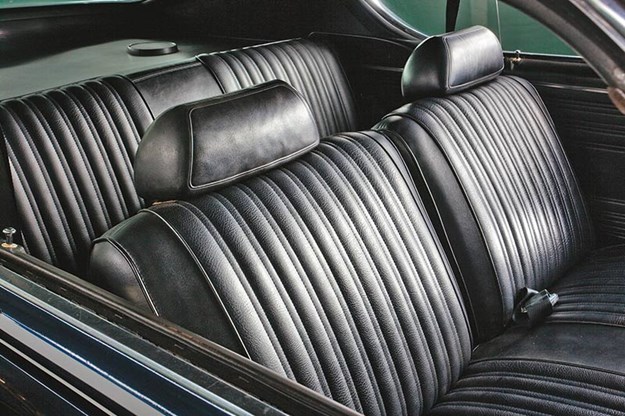 "He and his best friend had fought in Vietnam together and when they got out of the army they decided to buy new cars as presents for surviving the war. Ken’s buddy, Harold Rayborn, bought the Talladega in Orlando, Florida. Ken loved the car and told his mate if he ever sold it he wanted first option and three years later, after Harold was offered $1200 as a trade-in on a family car, he sold it to Ken for $1200 who drove it back to Texas."

In an amazing coincidence, Lorenzon told Donaher that he had just bought a scale model of the Talladega for his grandson. Then Donaher informed him that his actual car was used by die-cast company Maisto to build that model and Donaher, the car’s eighth owner, has a letter from them to prove it.

The Talladega is a car that looks fast standing still but on narrow cross-ply rubber it must have been a handful when it was new. Make no mistake, this car is a ‘survivor’ and is almost totally original except for new brakes and cross-plies to make it safer. 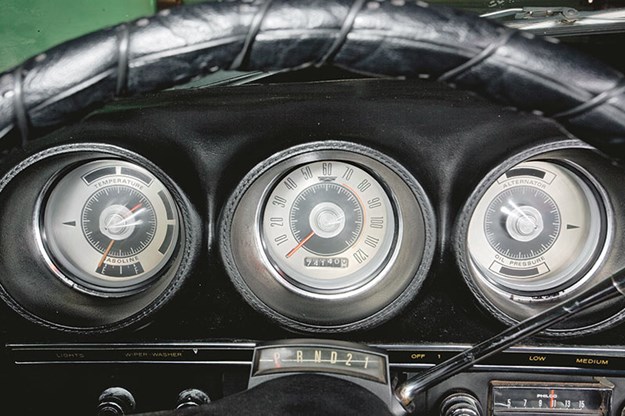 So how does an unmolested but pretty tired 40-year-old muscle car go? Donaher chucks me the keys then slides over to the passenger side of the long bench seat.

From behind the wide, skinny-rimmed steering wheel and four-gauge dash the bonnet seems to go on forever; this is a big car and there’s a lot of car behind me too. The boot is huge and Donaher seems miles from me at the other end of the long bench seat. 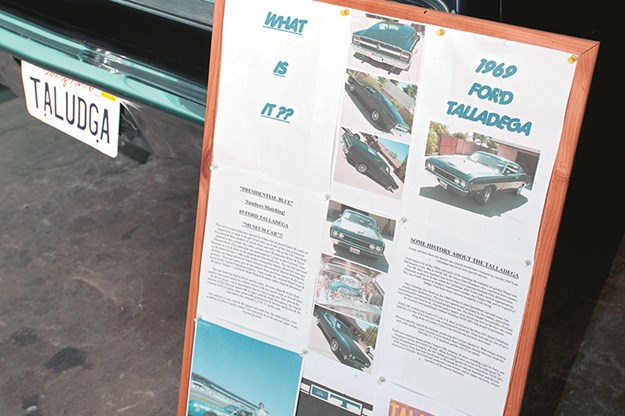 She starts easily and idles with a deep rumble. It’s probably making well under the power it once had but it chugs away effortlessly.

Steering it, though, requires judgement and planning, the old rack is vague and that is amplified by the spongy cross-plies so you aim for a corner early and with a lot of lock on. But the feeling is so cool.

Donaher keeps telling me to nail the throttle and get the ‘box to kick down and when I do the nose comes up, and the big ol’ girl starts gathering speed making a fabulous noise.

It only had (a conservative) 250kW when new so it’s not nose-bleed stuff but it hints at what the car would have been in 1969 when Dodge owners were wary. 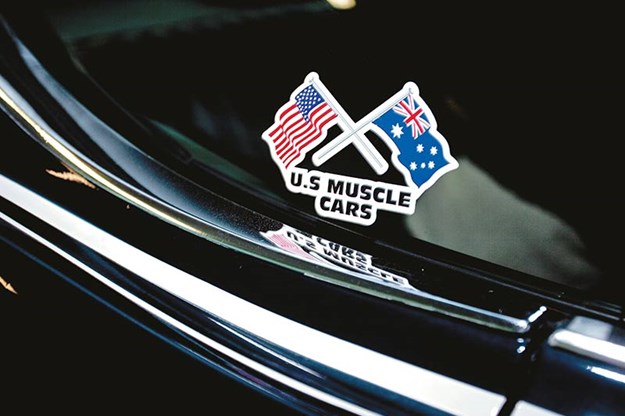 This largely forgotten Ford muscle car is not everyone’s cup of horsepower and Donaher says that show goers are usually evenly split over whether it’s ugly or not.

But mostly they just want to know what it is, so Mick has a sign that’s headlined, ‘What Is It?’ with all the vital information. But Donaher doesn’t care; he knows what it is and he thinks it’s a beauty. 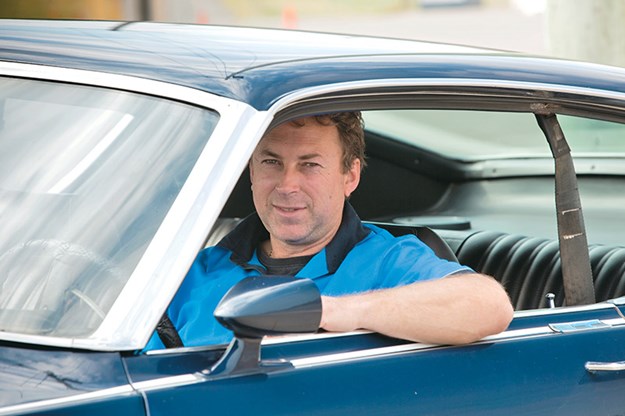 But that’s another decade and hairstyle ago. These days Donaher divides his time between running his US Muscle Cars business in Sydney and racing a ’69 Camaro in Group Nc and at the recent Muscle Car Masters at Eastern Creek he finished second and third behind Glenn Seton.

Mick and dad Laurie were also privateer regulars in Group A touring cars finishing 12th at Bathurst in 1993. 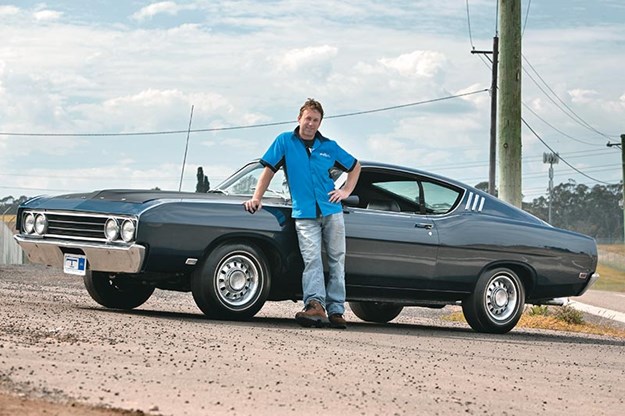 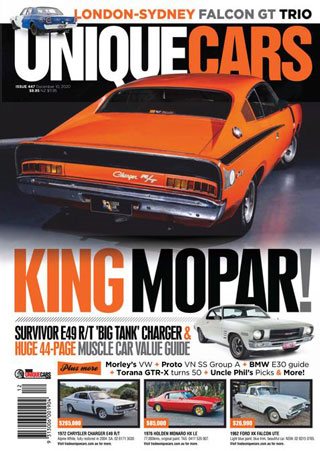 Subscribe to Unique Cars Magazine and save up to 39%
Australia’s classic and muscle car bible. With stunning features, advice, market intelligence and hundreds of cars for sale.

Matchbox cars to be 100% recycled – starting with new Tesla Roadster

Matchbox cars to be 100% recycled – starting with new Tesla Roadster 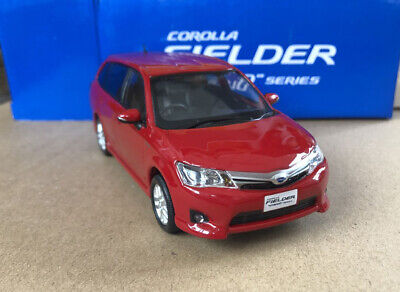 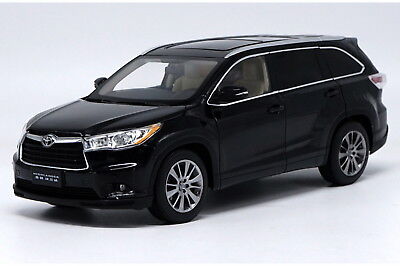 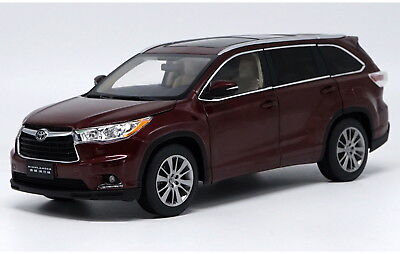 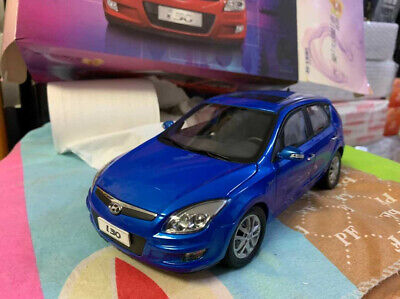 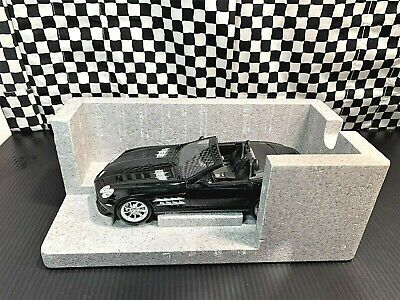